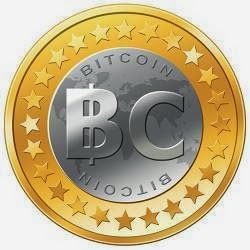 Good news! SinCityExperience is now accepting payment with bitcoins, making your experience much easier, safer and discreet. If you are looking for a payment method that is untraceable, simple and risk-free – then bitcoins may be the answer. Bitcoins are an international decentralized virtual currency that is currently growing fast as a form of payment. Vendors love bitcoins because the fees are lower when processing bitcoins as opposed to credit card payments and unlike credit card fees; the purchaser and not the vendor pay any bitcoin fees. Don’t be fooled, there are plenty of pros for purchasers too, so it’s definitely a win-win situation. If you are looking for a payment that is truly anonymous, discreet and secure, look no further than bitcoins. Bitcoins are safe and easy, you can carry a billion dollars of bitcoins on a USB and no one would be any wiser, you can’t do that with cash! Bitcoins are also has a low inflation risk as unlike government who keep printing more money, only about 21 million bitcoins will ever be released. The release of bitcoins is already slowing down and it will stop completely in a few decades, making bitcoins the perfect investment.

One of the best things about using bitcoins is that they are anonymous and untraceable. Stay anonymous and use bitcoin payments for anything you would like to keep private. You don’t need to worry about anyone knowing your personal business or snooping around in your credit card statements. This makes bitcoin payments perfect for a decadent weekend partying with some of our exquisite Sin City girls in Las Vegas. You can count on SinCityExperience and your bitcoin payment to keep your once-in-a-lifetime encounter discreet and private. With a bitcoin payment there is no way for wives, girlfriends, bosses or co-workers to track down your movements or transactions. Whether you are visiting Vegas for business or pleasure… or both, keep your transactions private with bitcoins. With bitcoins, you can be 100% sure that what happens in Vegas stays in Vegas.